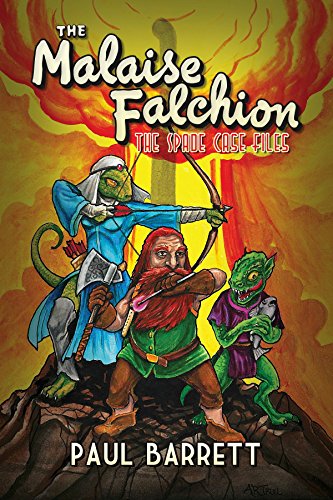 Disgraced during the Demon War, Dwarf investigator Snazdaggin Kundarik (Spade to his friends) wants nothing more than a desk to sleep on, a bottle of grog to drink, and the occasional easy case for quick pay.

Then a mysterious female Elf from the posh side of town shows up and offers him exoneration for his past sins and lots of gold. All he has to do is follow her brother and report his activities. Simple, right?

He should have known better. The simple job soon spirals out of control. Spade finds himself sucked into intrigue, powerful magic, and the hunt for a weapon powerful enough to end the world. Ill-prepared, Spade forges on with the aid of his hapless sidekick and a reluctant female warrior.

Will he survive long enough to save the world and get his grog?